I know Thursday isn't exactly the weekend, and Wednesday is kinda far from the weekend, but this post is about my rides from last Thursday to Sunday. Mikey had last Wednesday and Friday off.

I paid for my great lesson Tuesday with a super crappy ride on Thursday. Mikey was spooky, tense and in general uncooperative. I ended up spending the ride doing simple things such as trotting across the diagonal. Anything more complex and he got tense and reactive. I tried some of pirouette work in walk and I had resistance in that too. Same with halfpass in walk and trot. Something as simple as turning off the rail made him want to sit and spin and he did his usual tricks of shortening the neck, not meeting the bit (yet still running through me), and traveling with his haunches in. I didn't put boots on him, and he interfered pretty badly Tuesday (the inside by the fetlock joint of one of his front boots was ripped to shreds). Maybe he was whacking himself and didn't like it. Maybe he was still sore from Tuesday. Maybe we've been working too hard. Maybe he didn't go for enough rides this past week. He needs consistent work (5+ days a week) to stay polite and he ended up with an extra day off. Maybe his feed finally got to his brain (I upped it). I have no idea. I only know the ride was crap. I did work him in his double, but I hooked the buckle of the curb rein to my pad so the reins wouldn't move while I only used the snaffle. He got so uppity and sideways spooky on me that I took up the curb rein to help rein in the sideways. I did get some very nice trot and canter work, but it was simple and straightforward work. Nothing lateral. I tried to find a good spot to quit by that point because it wasn't getting better. Partway through my ride I stopped him and had him bend his head back towards my knees so I could stick fingers in his mouth to make sure the bits were laying right in his mouth. I have no idea. Just a bad day.

I rode again Saturday, and had a delightful ride. Go figure.
I worked him in his Micklem because I think he's on overload and he loves his Micklem. We did very basic things and he was great. I added in some lateral work and he wasn't stellar like he's been, but he was good. We spent some time getting over his fear of the arena door opening. I made sure as we went past it that he felt he could go out the "front door" and move forward away from it while trying not to smother him on the inside aids (seat, leg, forcing him to look in and away from the door). We did 10m circles at the start of each long side going away from the door because that way we ended up facing the door at some point in the circle and I could work on convincing him there's still a job to do. I spent some time in canter getting it forward and through, using the same 10m circles. He was incredibly adjustable and non-bulgy. I think it's a side effect of the canter pirouette work.

It rained beginning Friday morning and continued until Saturday evening. It was an awful wet mess Saturday. The horses have a run in, so out they go! Mikey did not want to go back out in the rain after I rode him. 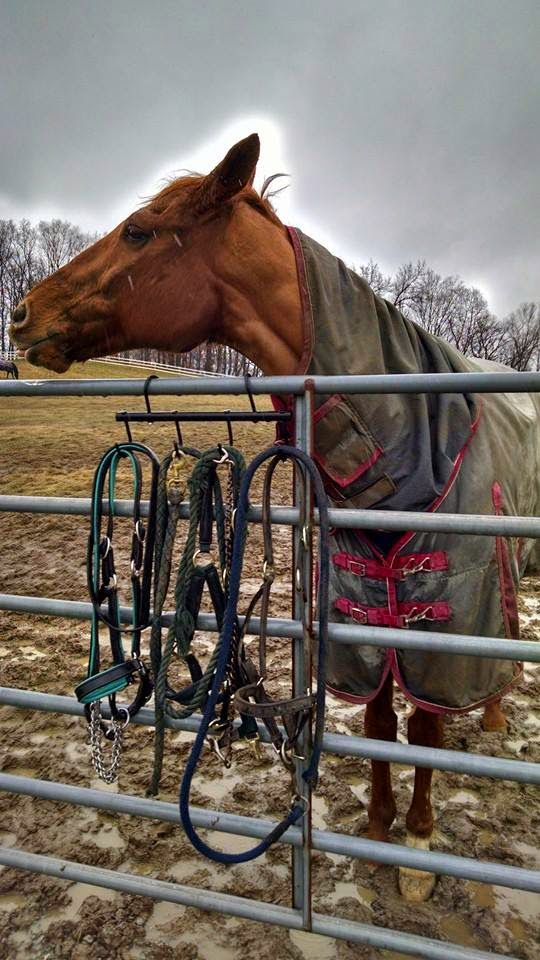 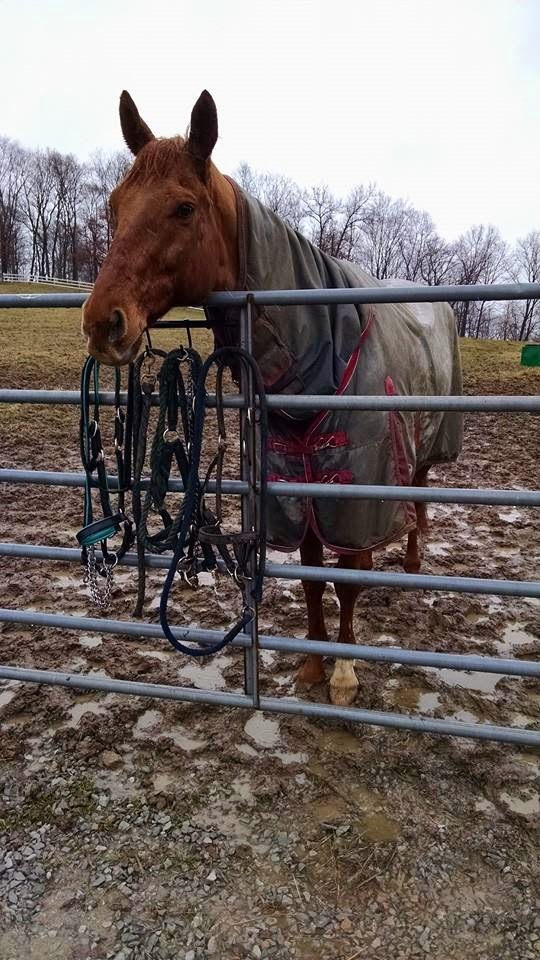 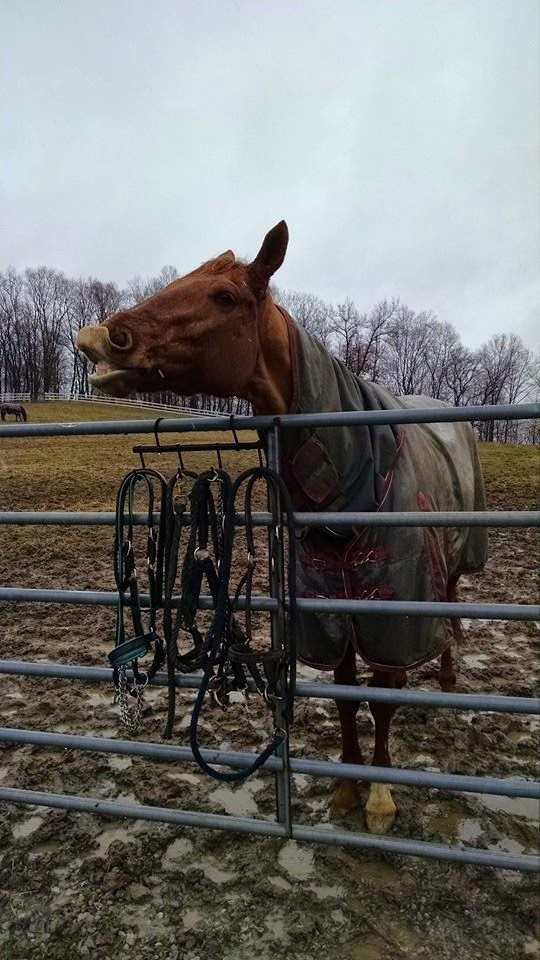 Sunday I tacked him up in his jump tack with his Micklem and mullen mouth and we did 5 minutes of walk/trot/canter each direction in the arena and then went for a road walk/trot. He was very relaxed and did the walk on the bit and over his back. Even some slower trot work was through and floaty. I love the sound of clip clops on the road.