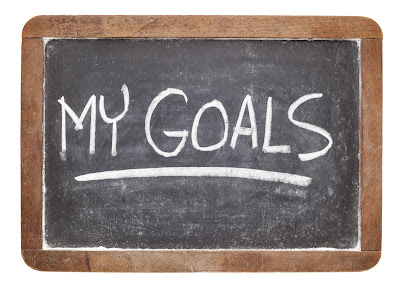 I may or may not have copied my 2016 goal post and just changed the words, haha. It was easiest because I like the format and my goals this year are basically the same as last year.

Once again, they are all competition result oriented because that's how I am. End of story. I don't do dressage for the sheer joy of training my horse to carry himself properly. I enjoy competing and training to compete. I am lost without a competition goal. It's probably rather sad.

Once again, all horsey goals, all competition goals. Also, significantly more goals than last year (4 vs 8), and I think much more difficult because it spans two levels worth of work. Last year I set 3 Main goals and 1 Stretch goal. I finished all three main goals quickly, and missed the stretch (which was ok). Some further details:


For the stretch goals, these are all things that I would like, but probably wouldn't be disappointed missing out on (because hell, I'll be tired after getting my Main Goals done!).

This section is to map out my plan for meeting my Main and Stretch Goals. I'm not bothering to write down the schooling shows because I think we'll only be going to 4 or 5 of those, most of which will be before the first recognized show and probably be pretty bad because I need some confidence at these levels and Penn needs the experience. Guess I'll have to fake it to give Penn a good experience!

By "only" going to these shows, I'm actually cutting it close with a lot of my goals. I've left 4 blanks in the schedule- I could ride a test there (and before creating this chart, I had 3-1 in those slots), except I think we're to a point where 2 tests per day will be hard, and 4 tests in a weekend will be a lot for both of us- I've always checked out mentally in test 4. Note I didn't ride a 4th test this past year. The only show I have 4 tests is Loch Moy, and only because it's two separately numbered shows and so will have 2 Dover Medals up for grabs.

Second Level and I haven't always been friends, but if an ill-educated Mikey can get a lifetime high score (which was also at Second Level) of 64.2%, I think Penn can do it since he's far better educated than Mikey was when he was showing Second.

Third Level is my nemesis. Maybe we'll get along better at the end of this year. One can only hope. This is by far the level I've struggled with the most (well, most publicly- it took me years to move from Training to First with any kind of success, but I did that in the privacy of my own arena). I actually don't plan on sending Penn out in a double for this level this year. I don't think he's ready for that much bit, and it might cover up any collection holes we have (preventing moving up in the future).

Obviously the biggest goal for the year? Bronze Medal. #bronzeorbust

The "Small" Goals will test my "Training" Goals. As they should- horse shows are a test of your training. You get feedback, bring it home, then make changes according to your feedback. Below are all of the movements from 2-3, 3-1, and 3-3.

At the end of the year, I'll look back on these like I did for Training and First and evaluate how well each one went for us on a 1-10 scale. There will be more charts. #mathnerd


Hopefully when I look back at this at the end of the year, I don't say, "I spread myself too thin."
Posted by Codex Dressage at 7:00 AM

Email ThisBlogThis!Share to TwitterShare to FacebookShare to Pinterest
Labels: goals