Sunday was a day of mixed emotions. Penn was AWESOME. Simply incredible. But I just about cried my eyes out in his stall hugging him because as awesome as that little horse is, Mikey should have been at this show instead. But Penn is the one who is here, and he let me hug him and be sad for Mikey. It's what I needed, and I'm sure it won't be the last time Penn gives me a shoulder to cry on.

Anyway, Sunday was a happy day, so let's get on from the sadness and on to the happy!

First, Penn got on the trailer like a champ! Yay! He rode in Trainer's huge 38' 4 horse slant with LQ, so I'm guessing the big open space helped (and the get on the trailer lesson we had last Wednesday). He also unloaded very well, then settled into his stall at the show nicely.

He did get upset when both horses next to him left to go ride their tests (Dix and Willie- they also on either side of him in the trailer too). He screamed for about five minutes, I told him "Nooooooo" in a loud firm voice, and then he settled into just staring and looking for a friend. Eventually they came back and he got to munching on his hay. That was pretty much the excitement for him.

All I can really say about this guy is that he was super. Another year of showing and traveling and seeing the world and he's going to be that super duper horse that you can take anywhere.

I had someone hold him when I got on because he doesn't have the best mounting block manners (yet) and then they led him from stabling to the main driveway for me... too many things for a baby horse to spook and run into while walking through stabling. We had a very uneventful walk down to warm-up.

He did not like the look of the change in footing that accompanied entering the warm up ring. Too bad baby horse! I put leg on and he went in with some hesitation. He wasn't really relaxing in walk (in fact he offered to trot off many times before I opted to ditch walk and just trot around). He had some speed demon trot moments in the warm up ring, but I put him on a 35m circle and just asked him to meet the bridle as best he could and trot out his nerves. He settled after five minutes or so of trotting.

Other horses in warm up didn't seem to bother him- we shared with 3 others at the beginning. I changed directions when it was just me and one other horse and I warned his rider that my steering doesn't work the best and I would try to stay out of her way, but please excuse our inability to go quite where I want. She changed directions with me though. Her trainer absolutely loved Penn, so I think that helped.

He got so many comments, and they basically amounted to "OMFG, SO ADORABLE!"

Even the judge got in on it. The show arena is quite a lot to look at: there's a two story announcers booth, then hedges and bleachers, a judges stand for h/j shows, the food stand is behind where the judge's tent is for dressage shows, and a road behind the main line of hedges. This early in the day, there wasn't a lot of atmosphere, but there was enough for Penn to do some good, old-fashioned gawking. Nothing terrible, and the only time his feet stopped moving was when he finally caught sight of the judge's tent. I told her it was his first show, and I believe what she said was something like this, "Aww! It's ok baby horse!" and when I got his feet moving again she and the scribe had rounds of "Good boy!" The Intro Test A video picks up right after that point.


He got to go back to his stall between tests and have a think about everything he saw before we tacked up and went back down for Intro B. Better focused and rode much better I think. The judge told us, "Much better!" at the end of it.


There's not much to say test-wise since it's walk/trot with basic figures. I had to go back a reread the purpose of Intro level. It basically amounts to a steady tempo and accurate figures, of which we had neither. His power steering isn't fully installed, so I didn't plan accordingly. I'm used to Mikey's power steering, and getting into the corners for 3rd level and the turns up centerline are more like: corner, straight, 2m quarter turn up centerline.

I buried him in the corner on more than one occasion. Sorry baby horse :-(
I'll admit, I never really rode 20m circles very much with Mikey after 1st level, except in canter. I usually went with 15-17m at the largest because I needed the circle to really do something to help out whatever collected move we were doing. So on Sunday, my 20m circle shapes were off when we'd do the last quarter of the circle. I still know the size because I know where the circle should sit in the arena, but the final quarter execution was bad. I went back to the rail and rode a normal corner essentially instead of finishing my circle.

I have to remember this general rule: You go as deep into the corner as your smallest circle in each gait. IE the corners can look like 20m quarter circles at intro and training level in w/t/c, first level is 15m in trot and canter, 2nd+ 10m and smaller. Then it's basically extra points if you can get in there deeper and make use of the corner. Maybe that's the wrong rule, but it's the one I've always gone with. Except at training level, I always made sure that there was a difference between my circle shapes and corner shapes.

Penn was distracted, totally doesn't understand free walk or bend, not always connected to the bit but usually seeking the right connection until he got distracted again, and his tempo varied quite a bit. All of these things are completely, 100% allowed because guess what, he's a baby horse at his first show ever and his world just got turned upside down. I think he was so steller and incredible. I know he wasn't Mikey relaxed and carried some tension, but for a first outing without consistent ring work? He gets an A++ in the relaxation department. I even had some floppy eared moments.

I know there really isn't much to critique at Intro level, but I've never had so few comments on a test. Even trainer gets more comments on her FEI tests. 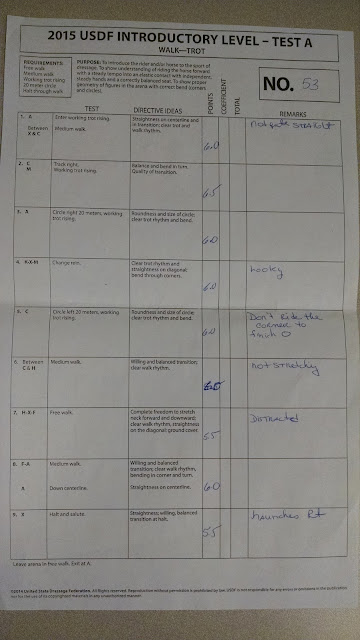 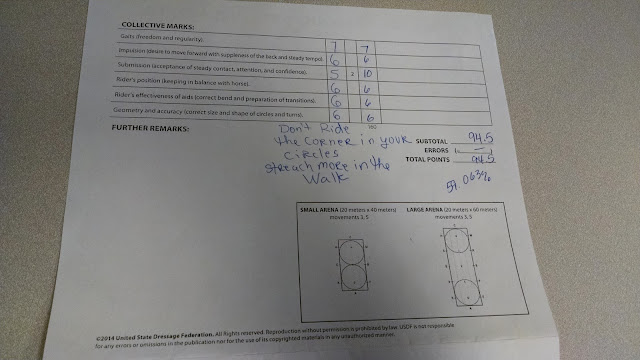 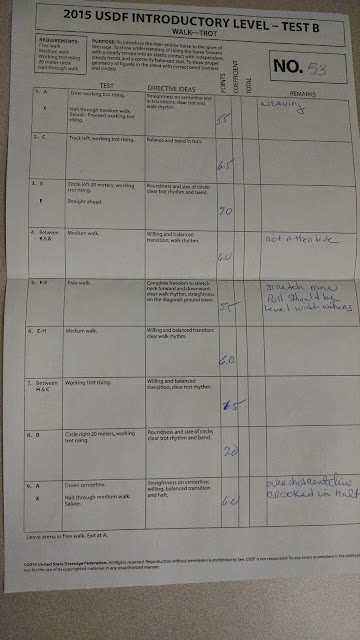 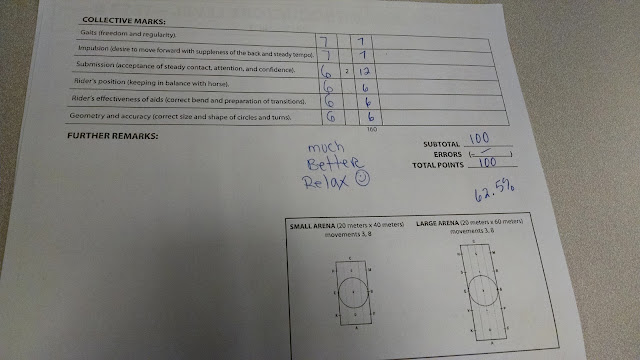 Oh, and two second places! And not out of 2! Intro A was out of 3, and B was out of 5! A general note about the scores for the day, there were a bunch in the 50's, not so many in the 60's, but a handful in the 70's too. The judge seemed tough but fair. I always check to see how the scores are going on average when I go to shows. It gives me a gauge of how tough the judge is!

Ok, now for the obscene number of pictures of our two tests. 41 got uploaded to Facebook (plus several mobile uploads), and I tried to cut it down for on here... but he's just so damn photogenic :-) 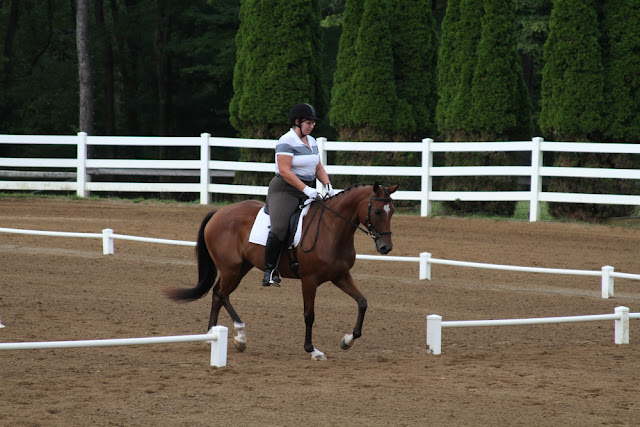 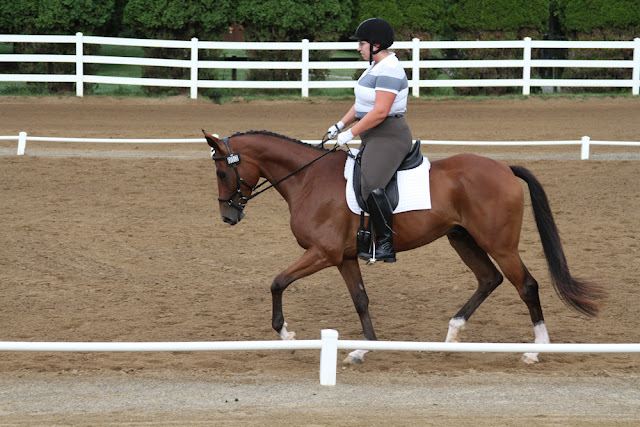 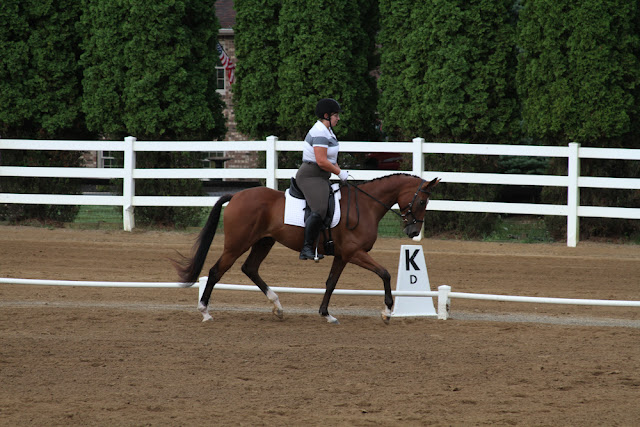 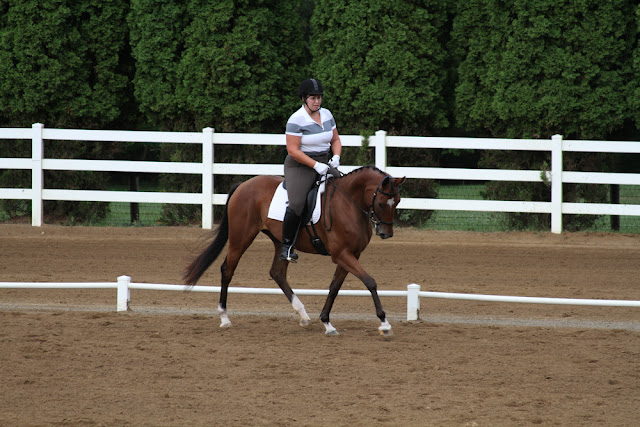 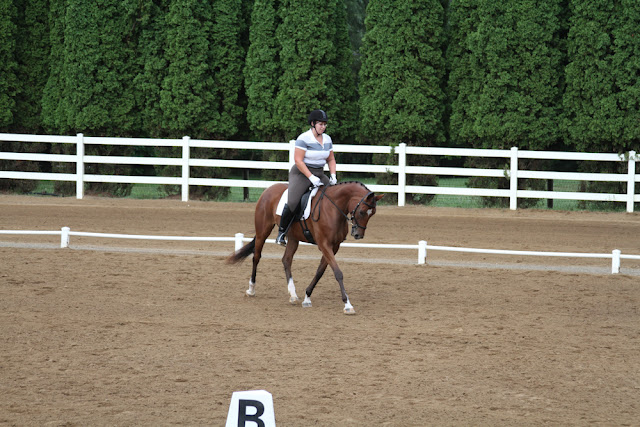 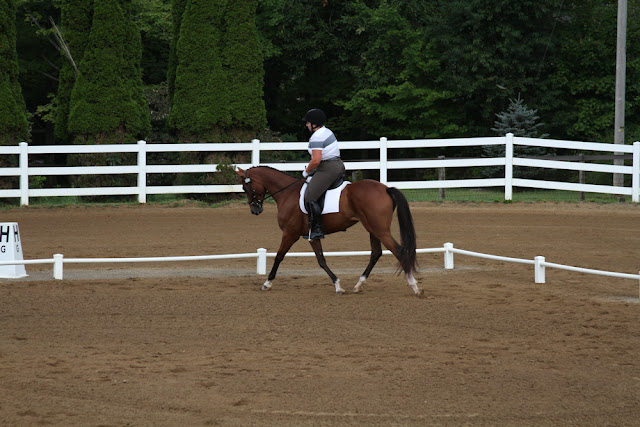 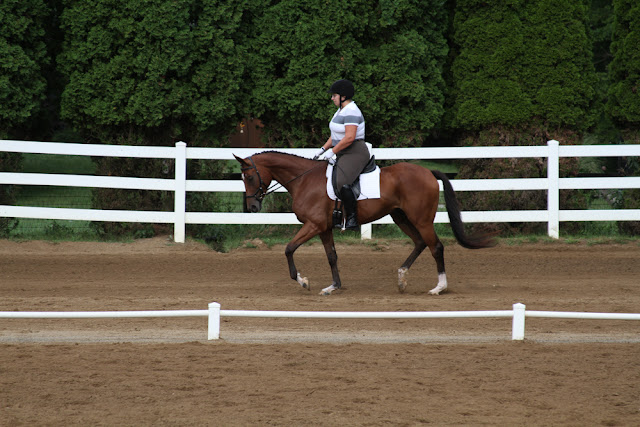 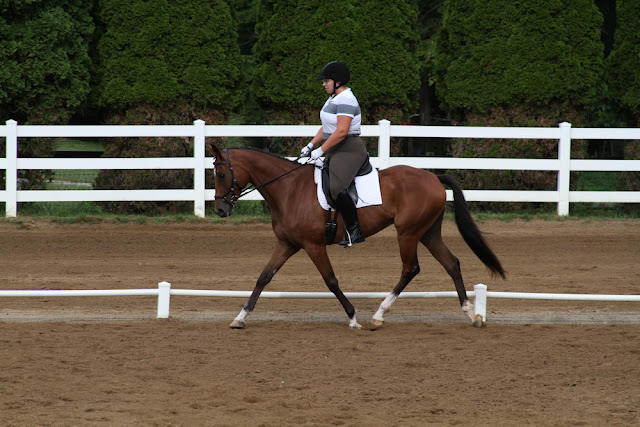 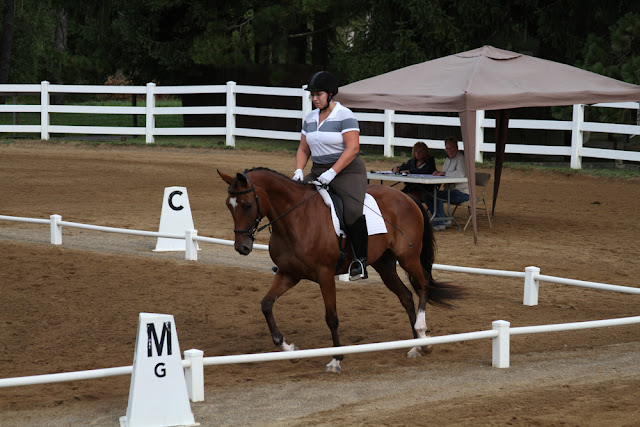 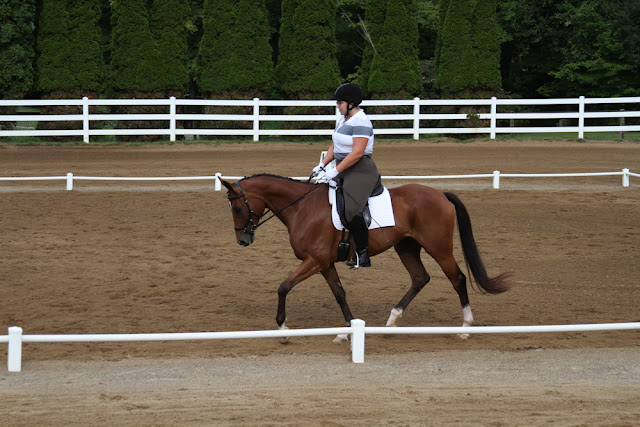 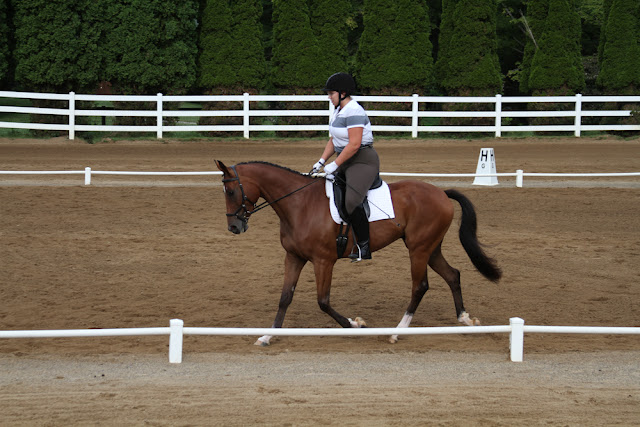 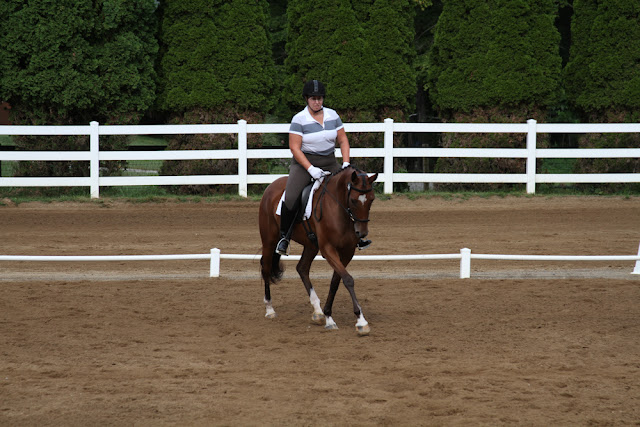