Fun in the Snow 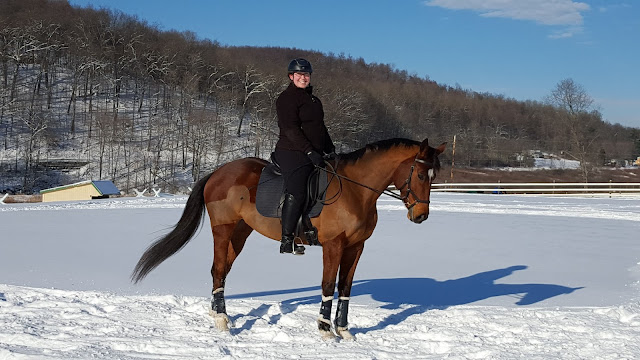 Husband and I took the trailer back to the barn on Sunday, so he was around while I rode, and he used his fancy schmancy new phone to take pictures and videos and even a few GIFs!

So I decided to get my "Micheal Jung/Ingrid Klimke" on, and work Penn in the snow two days in a row. (For those who don't know, Micheal Jung keeps his training methods quiet and notably doesn't teach, but recent leaks show he practices his dressage in water complexes, and more recently there's video of Ingrid practicing in her purposely flooded outdoor arena-links to Facebook).

Basically, the idea is to have some fun while the snow actively works Penn. I had a lot of on the forehand, connection and bend issues, but I also wasn't pushing him as hard as I could have because I was worried I would adversely effect his balance and we would both eat snow. 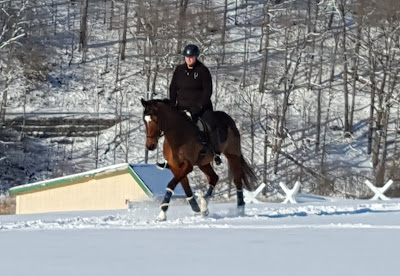 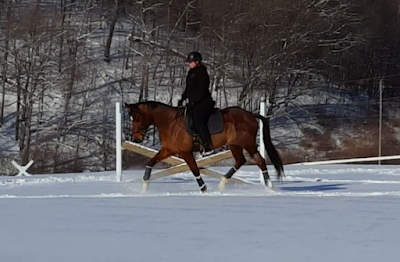 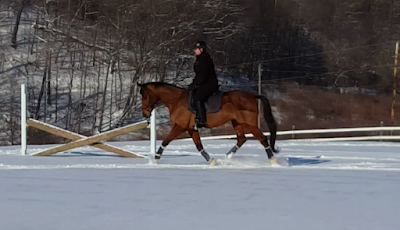 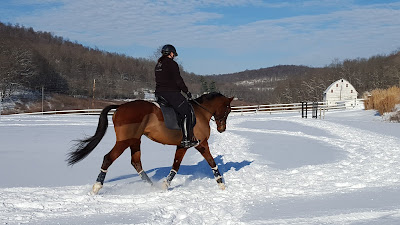 Husband also played with GIFs on his phone: 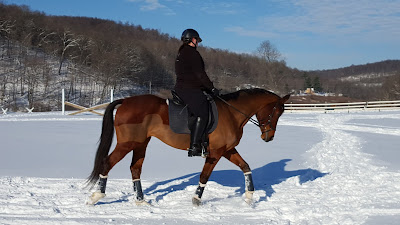 Then we have the videos!


Trotting with a change of direction:


Trotting and some canter:


Same video as above, but Husband added some slow-mo frames:


A short ride -I like working in snow and water, but I'm not always sure how good working in snow is for the tendons- and not overly productive, but it was fun!
Posted by Codex Dressage at 7:00 AM