Nickels was our sickly cat. He had a kennel cough when we adopted him that escalated into a full blown chronic rhino-virus type thing that he had for life. The vets diagnosed him with FIP (which we don't agree with as he only had two of the many different indicators) and asthma.

He never knew he was sick and supposed to be lethargic. He hunted laser dots, feet and ankles, and anything that moved.

He was always skinny, no matter how much we tried to stuff in him!

Last week, he started turning down chicken. Sunday night he started throwing up. By Monday it was projectile vomiting after drinking water until his belly swelled like crazy. Mind you, for the last 6 to 9 months, it has always been a little swollen.

He stopped eating and all he wanted to do was drink, which would make him throw up. I was able to get water to stay down by letting him have tiny sips every 15 to 20 min. He's tried but been unable to poop for a day. Made a vet appointment for 5pm.

The vet was very concerned about his belly and did an xray. We thought he had some kind of bowel blockage, turns out we were wrong. Instead, he had a liver tumor about the size of a baseball. What horrible pet parents we are. How do you miss that in a 5 lb cat? The tumor was squeezing his stomach and pushing his intestines ask the way back in his body cavity. They were both empty.


The vet didn't give him more than a day or two to live - his temperature had already dropped to around 98. Our options were to schedule an appointment for an ultrasound, where they could confirm, and we could decide if surgery was an option, or we could put him to sleep now.

We opted to put him to sleep tonight. If it was even possible to do surgery, his body condition wasn't the best to operate on, so Husband and I had decided beforehand that we were not going to put him through that.

Nickels had a wonderful last day - lots of sunbathing without his sisters bothering him, very little throwing up, and he found his purr motor (I can count on one hand the number of times I've heard this cat purr). 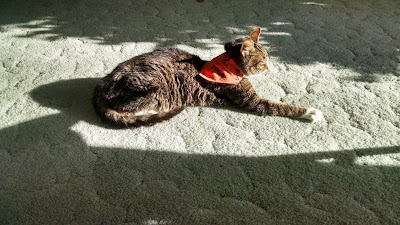 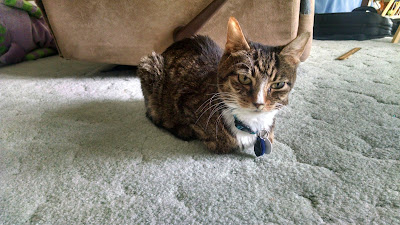 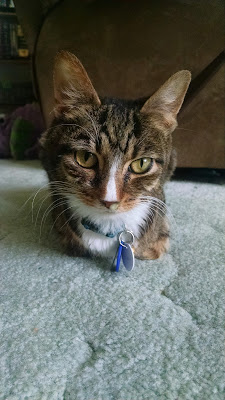 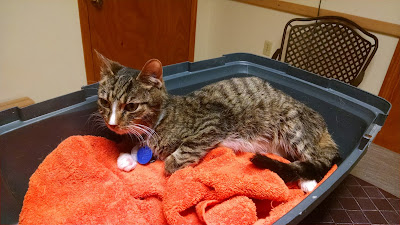 Nickels outlived his life expectancy of about 2 years, so I don't see this as him dying young. He had a rough life health-wise, and we tried to make him as comfortable as possible. So long little buddy, I know you're finally comfortable and at peace. We love you.
Posted by Codex Dressage at 7:42 PM

Email ThisBlogThis!Share to TwitterShare to FacebookShare to Pinterest
Labels: nickels