I wanted to have comparisons and such to put on here, but alas, work and life combined with Blogger's dumb new format makes it super difficult to post from my phone. I'll hopefully have some 1 year comparisons next week!

I rode this morning before work with a plan to be at the barn extra early to be down at the outdoor with 10 minutes or so extra time so I could use the selfie feature on my Pivo... Eli was not down with that plan.

Email ThisBlogThis!Share to TwitterShare to FacebookShare to Pinterest
Labels: Eli

Not All Wins Are Blue Ribbons

Posted by Codex Dressage at 9:16 AM 3 comments:

There's a bunch of things I've wanted to write about lately, but this is simply hilarious so I'm going to write about it first... and use your imagination when I say "eggplant." I'm not calling it anything else so I don't land in the wrong type of search engine! 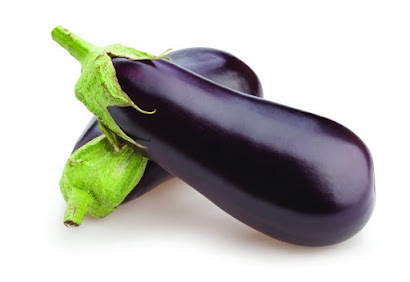 So Eli is a ridiculously itchy horse. He's got a hundred itchy spots. It's probably easier to tell you what isn't itchy. I know he has ended up with staples in his face from itching it on inappropriate things a few times (I met him with staples under his left eye, he still has those scars and then some).

On Saturday, I noticed he has some flaking skin on one of his stifles, so I'm going to town on it with a stiff brush and he drops. Mikey was always easy to clean, Penn would try to kick me when I tried, so I was curious what Eli would do.

He had some peeling skin, and I was gently peeling/rolling it off to make sure I didn't get overzealous and pull too hard. He didn't snatch his "eggplant" away from me, so I kept on going because it was good training for sheath cleaning. For whatever reason I looked forward at his face.

He was liking it. A lot. Not in a slap the belly kind of way, in an "OMG that's the spot, KEEP SCRATCHING IT'S SO ITCHY." He really enjoyed it, some of his best "that's the spot" faces.

Umm. I've never met a horse with an itchy eggplant. Belly? Sure. The actual eggplant? Nope.

Sunday rolls around. What does a normal horse owner do? Not what I did I'm sure! I scratched his stifles again to see if I could make him drop to try and itch his eggplant again. The answer is yes, he dropped faster and more relaxed and enjoyed a good umm, scratch?

Eli is weird AF y'all. He kept his eggplant out, apparently wanting more scratches. This horse is going to be rated R if I'm not careful! He also wanted a snuggle when I walked past his face to wash my hands. 🤦‍♀️🤦‍♀️🤦‍♀️ Despite all the weird, I'm filing this under "good training" even though it's sort of gross and slightly awkward. But it's good to know he doesn't need to be sedated for sheath cleaning.

In all seriousness, I got a good reach up in his sheath Sunday to see of he'd kick me. Nope, he won't kick, but he was even more itchy up there and it was super gross. I ended up doing a poor cleaning after a trail ride. I didn't have anything on hand to clean him with other than water, so I did what I could. I pulled out enough smegma to make a ball the size of my fist, and I know there's more in there. For the 5-10 min I dug around hand deep in his sheath, he was making the best itchy faces! He won't drop with water around, so I'll have to look for a bean another day.
Since he's tried to remove eyes while scratching his face, I'm just considering myself lucky he hasn't pulled off his eggplant with inappropriate scratching!
Posted by Codex Dressage at 6:00 AM 6 comments: