"Obviously it calls for some panic"

Went to the farm last night to ride... only to find Penn was NQR. Not lame, but not perfect. He was short ever so slightly on his right front, but it felt like he had a flat tire when I trotted him around. 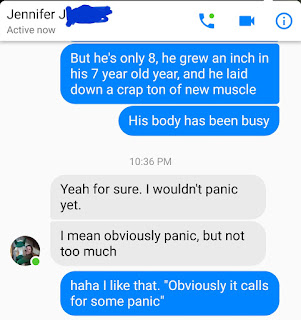 First thought? "Oh shit, oh shit, oh shit. I have him entered at 3-1 at two schooling shows this weekend, and then two recognized shows next weekend."

One of the farriers was out, so I pulled his tack and asked her to hoof test both front feet. He reacted ever so slightly to the right front toe, but she said not to worry about it because she had to press extremely hard to get a reaction, so she doubts it's an abscess.

Yay? An abscess would be simple though.

She thought it's probably because his toes are nice and long, and the right is a bit longer than the left. Since I ask so much of him, that length makes a huge difference in his movement.

He's scheduled to be reset today anyway. He really should could have been reset last Wednesday... I thought he would be ok to do 5 weeks this time- we did last time at 6 weeks, except he really could have been done at 5. One day I will learn to just call the farrier and ask if he can come out sooner. Apparently we're going to try changing his cycle to 4 weeks!

The same farrier that tested him also does this pulse treatment thing (I'll have more details later). They just lowered their rates for it (I could not pay the $200 a session), so in addition to a manicure today, he's getting a session with the pulse machine, lol.

He was adjusted by his super chiropractor the last week of June. I was warned he may be quite sore after - the base of his neck was a mess and Penn almost laid down because of the pressure it took to make it right. Penn moved really well several days later (he got 2 days off after because I needed to clean and he needed extra rest). I scheduled him to see the pulsing machine this week and next, because you know, horse shows and third level. Goodbye money.

Hopefully between a trim and shoe reset, body work, and rest (he was going to get rest and extremely light rides anyway after yesterday because his schedule is so heavy), he'll be back in tip top shape! We can skip the schooling shows if need be, but I don't want to miss the recognized! 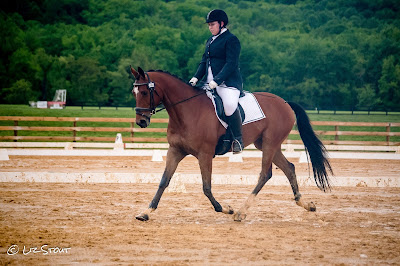 No prep is the way to move up to third... right?
Posted by Codex Dressage at 7:00 AM