My phone got all jacked up Thursday morning, so I missed the call for the stem cell treatment, so I missed seeing his leg unwrapped and how they were wrapping it. By this point they were finally wrapping both lower legs as both had fluid building up from him not moving.

I did get a call about my truck, and they said the rear line had been spliced by a past owner instead of being fixed properly. We knew the lines were rusty when we bought the truck, the question was how rusty. They needed to be changed anyway, and we were planning on doing that in the next year. We opted to have them replace all the brake lines (front and rear) with stainless lines. They said they would have to hand bend the lines, and it might not be done by the end of the day, but it would be done by noon Friday.

We went to the vet hospital and heard from the vet that everything went very well with the stem cell injection. She said that one incision was still leaking and they were worried about infection and wanted me to consider leaving him there for another week. They were fine with him going home or staying.

We brought Mikey a 3lb bag of carrots and he was very happy, and so the staff kept giving him carrots every time they checked on him.

I talked to my trainer, explained they wanted him to stay for a week at least and why, and we both agreed he should come home. My trainer was a vet tech for 8 or 10 years and keeps a meticulous barn, neither of us were concerned about infection. We made arrangements for what Mikey would need when he got home, so my mom and I were off to the local tack shop for shopping therapy!

Mikey had a good haul for the day. My wallet is extra empty.

We got a call from the Chevy dealership around 5pm that my truck was done. We had decided that if it wasn't done by 10 Friday morning, we weren't going to go home Friday because we'd be unloading in the dark. Unloading a horse that doesn't want to walk in the dark by backing him off the trailer didn't sound like a good idea.

We went to get the truck and thanked the dealership profusely. The person we were working with said that he told the mechanic that the truck was an emergency and he had til the end of the day to finish it. The bill was large, but better than we expected because nothing broke unexpectedly as they took apart the components and changed the lines.

We let the vet hospital know we would be taking Mikey home Friday, and went back to the hotel to pack.

Some pictures of Mikey in that evening: 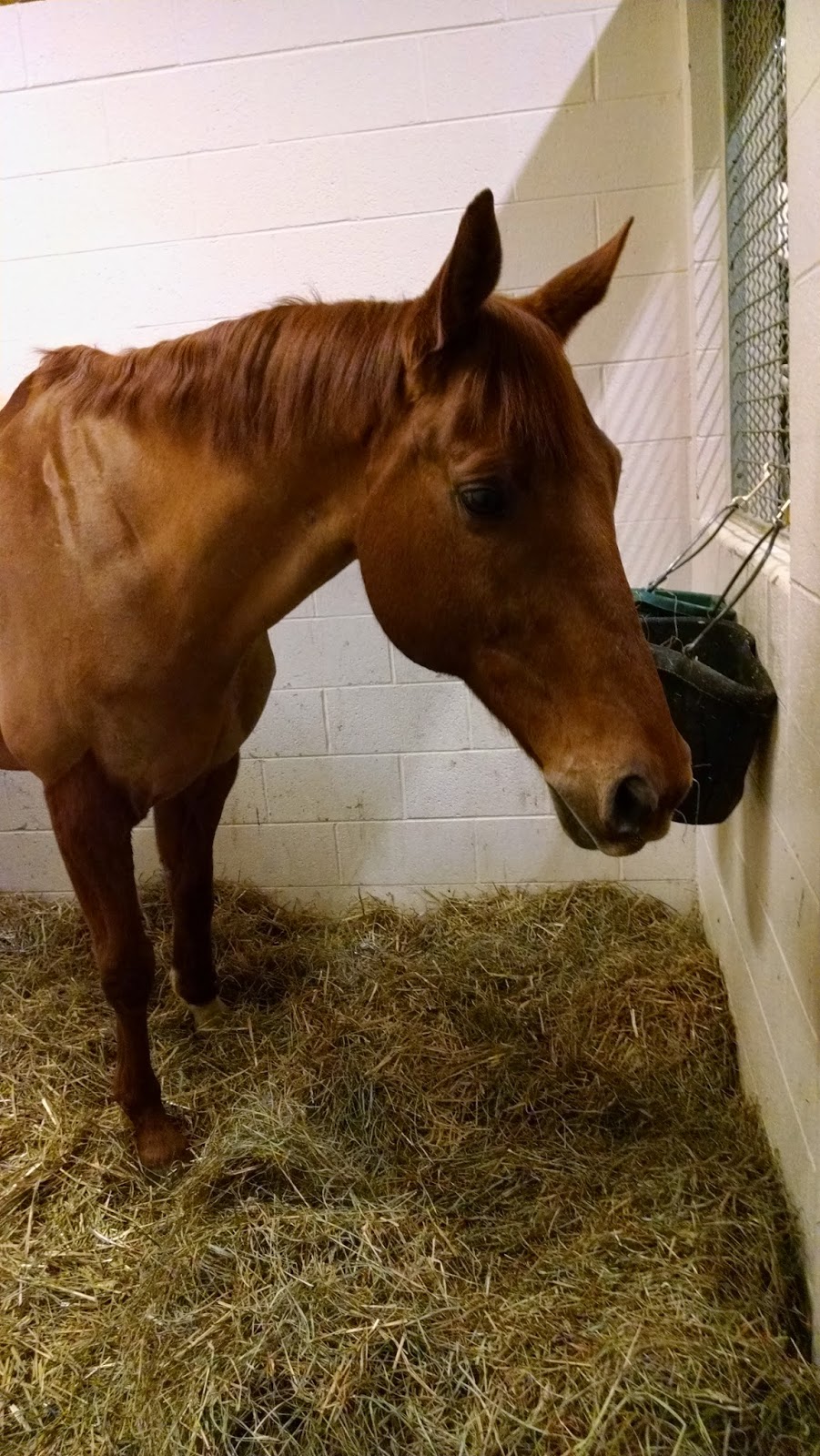 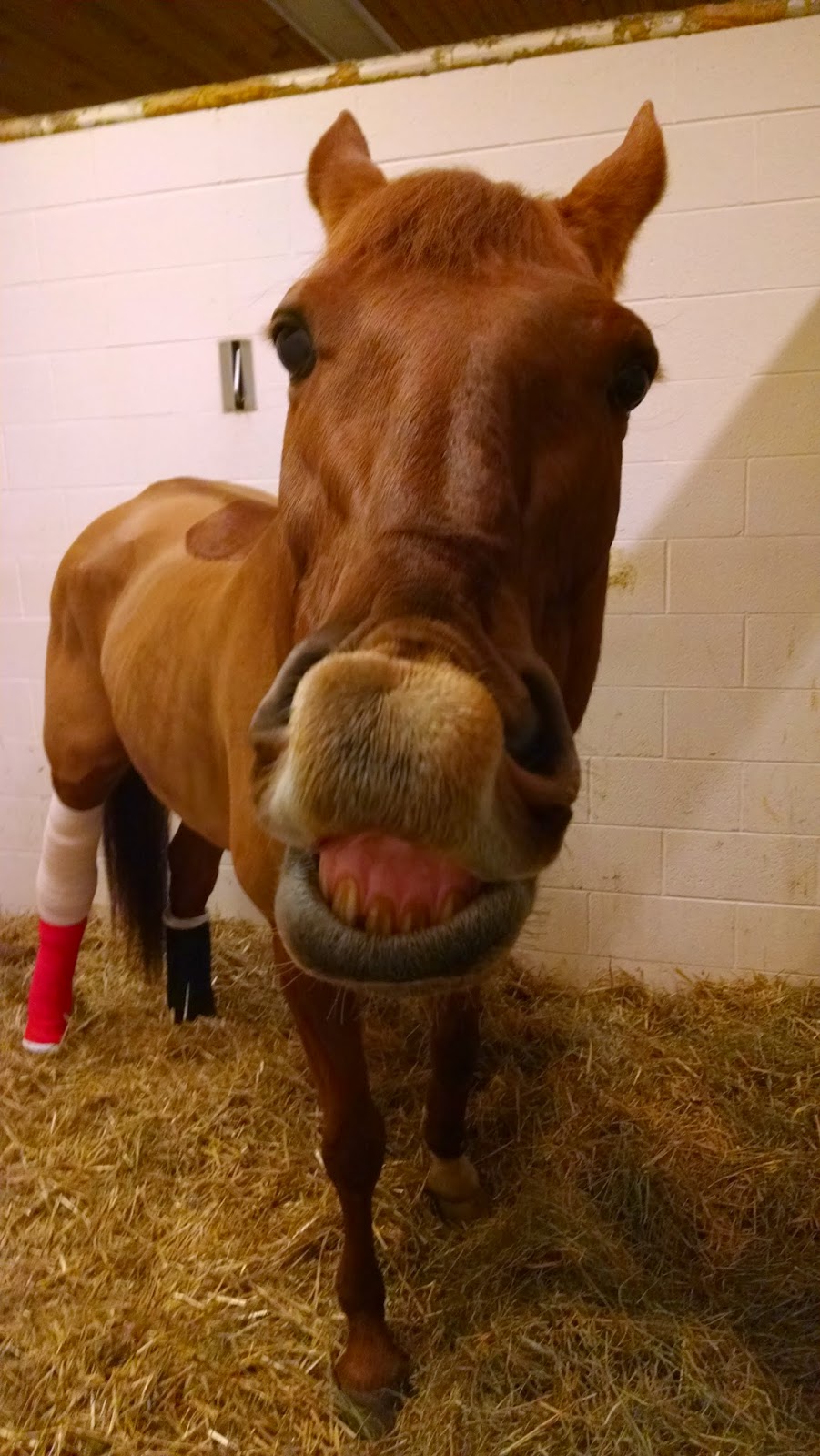